April 15, 2019April 15, 2019 christianbaldiniblog
In preparation for our performance of her orchestral work phôsphors (… of ether) at the Mondavi Center (UC Davis), I had the pleasure of asking composer Ann Cleare a few questions about her music. Below are the answers:
Christian Baldini: First of all, congratulations on the recently announced success of your Ernst von Siemens Prize! This is such exciting news, and so very richly deserved for someone with your sense of imagination, refined sonic creations and unusual sensitivity. And thank you very much for agreeing to answer some questions for us. Do you consider yourself a quintessentially Irish composer? And if so, can you tell us more about how this might have influenced your upbringing, and your music in particular?
Ann Cleare: I’m not sure that I know what a quintessential Irish composer is! Being a composer in Ireland is a relatively new profession – Ireland didn’t have a Bach or Beethoven or Brahms. The country has a history of being the land of Saints and Scholars, and has produced some incredibly talented writers of words, but the writing of music is a much newer activity. In this sense, I don’t carry the weight of tradition that composers of other countries often do. I have always thought of composing as a place where I must define the territory and create my own rules, which then govern the structure of a piece. Unlike many people, the distinction between music, sound, silence, and noise has never been so great for me. I grew up playing tonal music but always felt confined by the limits of its language and thought that there was so much timbral and structural potential to be explored in the everyday sonorities around me, whether mechanical or natural. I don’t see any of this as being a particularly Irish approach, but somehow, being at a distance from the overbearing tradition that composers of other countries have to contend with, has allowed me to create my own sense of what music is or can be.


CB: You talk about 3 islands and a “composite” in your piece phôsphors (… of ether) – the timber, register and harmonic qualities of each of these groups affects the way you structure the piece. Can you tell us more about this?
AC: Yes, the differing timbre, registers, and harmonic qualities are in aid of distinguishing these three instrumental “islands” from each other – these are technical approaches to creating a sense of individual layers or places within a piece, and then a fourth ‘floating’ island navigates these three and draws out elements or matter that bring the islands into dialogue or exchange.

CB: Who would you say are some of the composers (in music history, or living ones) that have had a deep impact on your own music, and why?
AC: Probably the work of Iannis Xenakis. One of the most fiercely original musical minds of the 20th century, Xenakis held a multifaceted career as a composer, architect, and mathematician, and from these influences imagined and created sound in a way that no one else ever has. Particularly his piece Dämmerschein, which is like a ferocious natural force unleashed on the orchestral stage.


CB: Who are some important people that have inspired you in your education and training? Are there any people that you think you will will always be grateful to, and why?
AC: I love the W.B. Yeats quote that “education is not the filling of a pail, but the lighting of a fire”. There are a lot of people that I have studied with who have helped light lasting fires with me! In particular, Chaya Czernowin, one of my teachers at Harvard, who showed me the unseen depths of the worlds that I was exploring and how much further I could dig in to make them even more vivid. She also taught me to never rest on my laurels – that once a piece is written, it’s written, and it’s then necessary to move on and find new territory and new challenges.

CB: In your opinion, what is the role of art, and music more specifically in society nowadays?
AC: I think that art should both challenge and reflect the world we live in – I believe that’s what it’s for. It saddens me when my work or work that I admire is described as high brow or inaccessible, when from my point of view, it’s dealing with the most universal of ideas and attempting to communicate them in a sincere way. When asked if my music is too challenging or harrowing for a listener, which it is often described as, I suggest that if you want to pretend the world is a lovely, comfortable place, then stay at home and find something mind-numbing to watch on TV (which, of course, there’s a time and place for…). I work and think hard about how I can make my ideas clear to a listener, to invite them into the experience, but not in a way that compromises or simplifies the complexity of the situation in question, and life is difficult and complex, art isn’t the place to escape from this.

CB: Sometimes we read or hear dooming comments that classical/symphonic music audiences are getting smaller and smaller or that only old people listen to concerts. Do you believe in this, and if so, what should or could be done to reverse this trend and invigorate our audiences?
AC: I sway between thinking that the concert hall is a wonderful thing, a unique place of concentration and community, to feeling straight-jacketed and claustrophobic by its expectations of an audience, who it often seems aren’t really considered in the experience. I would love to see more music happen outside of concert hall practices. I can imagine audiences still being capable of actively listening but without the confinement of concert hall behaviour. Programming needs attention too, as often, particularly with programmes of contemporary music, pieces that are programmed together that have absolutely nothing to do with each other, and contradict, rather than compliment each other. Would you go to see three or four different plays in a night? How confusing and overwhelming would this be? Yet several pieces of music are often squeezed into a few hours at a concert hall – making for a very confused experience for an audience. If we want audiences to be interested in the concert hall, we need to reconsider the many antiquated practices that don’t serve it well anymore.

CB: What do you seek to achieve with every new piece that you write? What is your main motivation for writing music?
AC: the music I write feels like a type of first language to me – I can express in sound what I often fail to express in words. Composing is where my fullest form of expression finds its outlet. Each piece encourages a listener to contemplate the complexity of the lives we exist within, exploring ideas of communication, transformation, and perception.


CB: Thank you very much for your time and for answering these questions in such a candid manner. We very much look forward to sharing your captivating music with our audiences here in Davis! 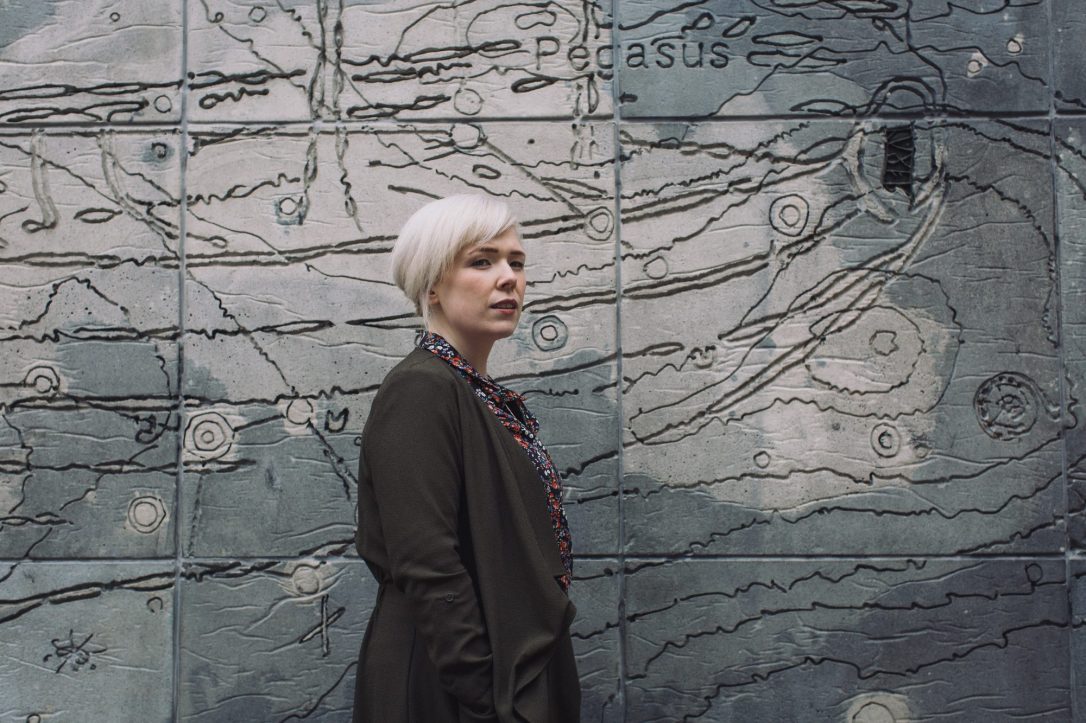 Ann Cleare is an Irish composer working in the areas of concert music, opera, extended sonic environments, and hybrid instrumental design. Her work explores the static and sculptural nature of sound, probing the extremities of timbre, texture, colour, and form. She creates highly psychological and corporeal sonic spaces that encourage a listener to contemplate the complexity of the lives we exist within, exploring poetries of communication, transformation, and perception.

Recent projects have focused on creating experiential environments where sound is given a visual as well as sonic dimension, such works include eyam i-v, a series of five attacca pieces, centred around clarinet and flute writing in various solo, ensemble, electronic, and orchestral settings, spanning just over two hours of music that is continuously transformed in shape, time, and motion around the listener; rinn, a time travel chamber opera involving a multichannel sonic sculpture that the singers and actors wear, interact with, and are amplified by; spatially choreographed chamber pieces such as I should live in wires for leaving you behind, anchor me to the land, and on magnetic fields; a newly-designed instrument that a musician simultaneously wears and plays in eöl; surface stations, multi-layered theatre involving the staging of extended brass instruments, vocal ensemble, and visuals.

Current and future projects include new works for Ekmeles and solo trombonist William Lang, Liminalities – a collaboration with ensemble mosaik and visual artist Anna Rún Tryggvadottir in Reykjavik and Berlin, a chamber orchestra piece for Ensemblekollektiv Berlin, a series of songs for voice and piano for The Irish Art Song Project, an evening-length work for ELISION, a video opera version of her opera rinn, and the creation of an outdoor musical playground for children with sculptor Brian Byrne.

Ann studied at University College Cork, IRCAM, and holds a Ph.D. from Harvard University. Her scores are published by Project Schott New York and she is represented by the Contemporary Music Centre, Ireland (CMC).  She is Assistant Professor of Music and Media Technologies at Trinity College Dublin. As an artistic collaborator with Dublin Sound Lab, she will work on developing their programming and production of electronic music over the coming years. Ann is Projects Officer with Sounding the Feminists (#STF), a collective championing principles of equality, fairness, inclusivity, and diversity in Irish musical life.